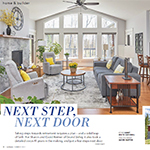 Next Step, Next Door

Our Homes
Taking steps towards retirement requires a plan – and a solid leap
of faith. For Sharon and David Reimer of Grand Valley, it also took a
detailed vision 41 years in the making, and just a few steps next door. 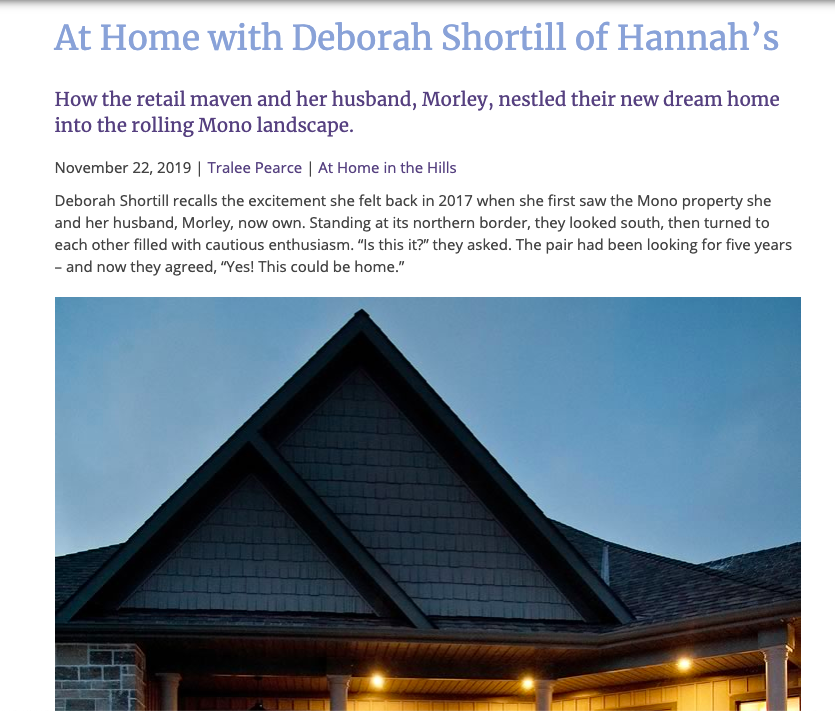 At Home with Deborah Shortill of Hannah’s

In The Hills
Deborah Shortill recalls the excitement she felt back in 2017 when she first saw the Mono property she and her husband, Morley, now own. Standing at its northern border, they looked south, then turned to each other filled with cautious enthusiasm. “Is this it?” they asked. 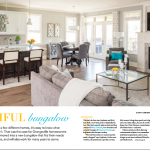 Our Homes
This isn’t the first time Stephanie and Rick have built a new home, but it’s hopefully the last. They had a specific plan in mind and they contacted Mary Lawson, Vice President and General Manager of Dalerose Homes, to help make their dreams a reality. 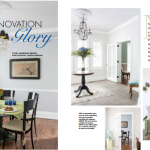 Our Homes
When Mary Lawson, General Manager at Dalerose Country Homes started uncovering a house she bought last fall, people marveled at what was for so many years. Originally built in 1885 and renovated several times, Lawson revived the neglected space to give it new life for new owners. 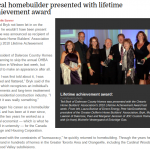 Orangeville Banner
Had Ted Bryk not been let in on the secret, he wouldn’t have been present when he was announced as recipient of the Ontario Home Builders’ Association (OHBA) 2010 Lifetime Achievement Award. 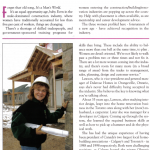 Canadian Homes & Cottages Magazine
In an industry long dominated by men, these three women are making a difference in Canada’s construction industry. 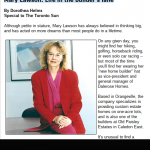 Toronto Sun
Although petite in stature, Mary Lawson has always believed in thinking big, and has acted on more dreams than most people do in a lifetime.